My friends tend to call me the excuse machine. For example, when it was announced that Thursday’s second album, Full Collapse, would be re-pressed on vinyl to celebrate its 20 21st birthday, I immediately shook my head. “Is there anything Tony Brummel and Victory Records are NOT doing to exploit this poor band?Turns out Victory Records sold his label at the Concord Music Group in 2019! Well, that’s fantastic news! Now Thursday might actually make some money on this Concord/Craft release. I might buy it.

Buttttttt…. I already own a 5th Pressing Limited Edition (Light blue 33 rpm). I don’t need another copy, do I? What is that? This time it’s going to be pressed to 45 RPM!? Allow more sound information per second of playback? ! Shit yeah! My current copy doesn’t sound very good. How could I not make this purchase?

But it’s north of $100! It’s crazy for a vinyl release, isn’t it? ! Say again? This variant includes a high-quality embossed book with never-before-seen photos from their original Full Collapse?!? Well shit…

As I sat at my desk contemplating such difficult life choices, I heard a knock on my door. UPS? I didn’t order dog food. Oh, snap. This is a copy of the new version of Full Collapse that was sent to me for review via Music Connection! Well, I’ll be damned. Sometimes procrastination pays off! So if you’ve been hesitant about this collectible, let’s break down the differences between my two copies to help you decide.

I’m not normally a fan of changing an album cover on a reissue, but this new pressing is BEA-UTIFUL. The iconic dove appears in a way that makes the original look a bit flat side to side. The new back cover is equally impressive, further showcasing the poetry surrounding this record that I continue to want to know more about from a devoted fan. What do these excerpts mean? Is this the whole concept of a robot with ones and zeros? Geoff’s secret AI assistant? Is that what you hear when you spin the songs backwards? ! Who the hell knows. New Jersey art, amirite?! …all I know is that such an overhaul makes one wonder how much of a hold Victory had on the original art and if that played a part in this fantastic overhaul.

The collector’s book begins with a note from the photographer Nathaniel Shannon telling the story of how her relationship with Thursday began. He traded photos for merchandising at their booth! The following pages are stunning vintage Thursday black and white photos from the original release of Full Collapse. And how much does Thursday use their birthday to promote someone else’s art? My 5th pressing, on the other hand, has a standard insert of lyrics, credits, and liner notes.

A good buddy recently described me as a “nerdy audiophile with overly high expectations”. He doesn’t know that I printed and framed this Facebook post and it now hangs above my record collection. “The majority of fans probably don’t notice the things you say,” he explained. While that may be true, I still believe that bands should respect their fans by meeting a minimum quality bar for vinyl. You can even charge me $5 more if that’s the problem – or I guess in Thursday’s case, $65 more! Thing is, I’m glad Thursday/Concord spent the extra money to print on 45rpm and used higher quality manufacturing to avoid the extra noise. The only downside for fans here will be how often you’ll have to go back and change vinyl (about every two songs). On my fifth pressing (blue 33 ⅓ in the photo), however, the middle of the album throws out a midrange sonic mess. The vocals sink below the bass while the distortion of the groove also destroys “Cross Out The Eyes” and “How Long Is The Night”. 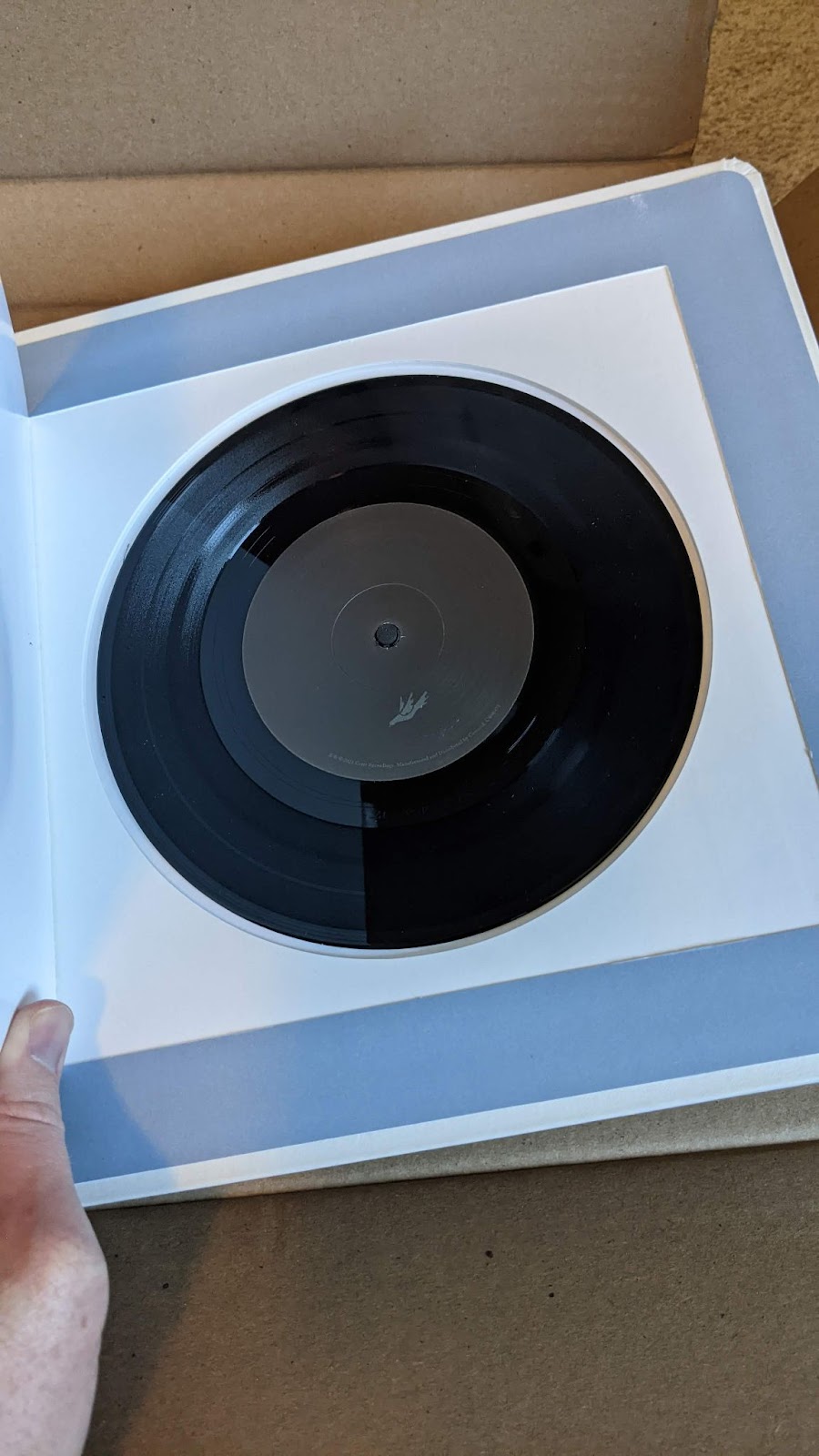 Didn’t even notice it when unboxing, but there’s a hidden 45 at the end of the book that includes Jet Black New Year on side A and another demo (or maybe a live version?) of Jet Black New Year on the B-side. I’m a little rusty on my first facts on the AbsolutePunk forum, but I think this track was originally meant to be on Full Collapse and was later released on an EP instead for out of their Victory contract? I won’t be searching through the emo encyclopedias in my dark office because this review is due in an hour, but you can find out all about the drama that followed Full Collapse’s original release in the post-hardcore biography »Sold out: The major label feeding frenzy that swept punk, emo and hardcore (1994-2007)”

TL; DR: if you’re on the fence like I was about AGAIN buying this album on vinyl, know that these 45s play better than previous pressings and the band might actually make some money this time -this ! I really enjoyed reading the story, looking at the photographs and trying to decipher all that all that text printed on the discs meant. OH! IS THIS THE ROBOT’S DREAM? ! …Anyway, if you have the disposable income, I say pull the trigger. Maybe eat a few PB&Js instead of Chipotle to offset the cost, as they limit them to 5,000.

catch thursday on tour until the rest of October and pre-order the vinyl at Homemade recordings.

Not sure which version of Tell All Your Friends from Taking Back Sunday to buy on vinyl? See Andy’s side-by-side comparison between new and old here.