QRP-pressed 180g vinyl reissue of the Bill Evans Trio ’65 does full justice to a laid-back, forward-looking and quite dynamic recording

This moment lasted about 5 seconds, as I quickly remembered that (a) there really isn’t any bad Bill Evans records, and (b) finding clean originals of many of his albums is not an easy task on the used market.

From a collector’s perspective, the Bill Evans Verve Records era doesn’t seem as sought after as his work on Riverside. But that doesn’t make them any less good. In fact, some of my favorite Bill Evans recordings are on Verve – including the much overlooked and often rejected album, 1966 Bill Evans Trio with Symphony Orchestra.

Indeed, a quick check of online marketplaces like Discogs reveals only six copies of the original available, and none in better than VG-plus condition. Even though it’s not a high demand record, prices are up around $60 for these copies. The 2013 ORG 2LP 45rpm reissue sells for over $200 on Discogs and Popsike. (And no, I don’t have a copy of that one, sorry to say.)

Which brings us to the question of whether or not you need this reissue in your collection to begin with. Therefore, I offer two immediate responses: (a) yesand B) sure why not ?

Indeed, we are entitled here to beautiful interpretations of one of Evans’ great trios with Chuck Israels on bass and Larry Bunker on drums, who had been recording with him since 1961. They release many classics like “Israel” ( from the legendary February 1957 Miles Davis Collection, Birth of cool), “Round Midnight” by Thelonious Monk and “Our Love Is Here to Stay” by George and Ira Gershwin. 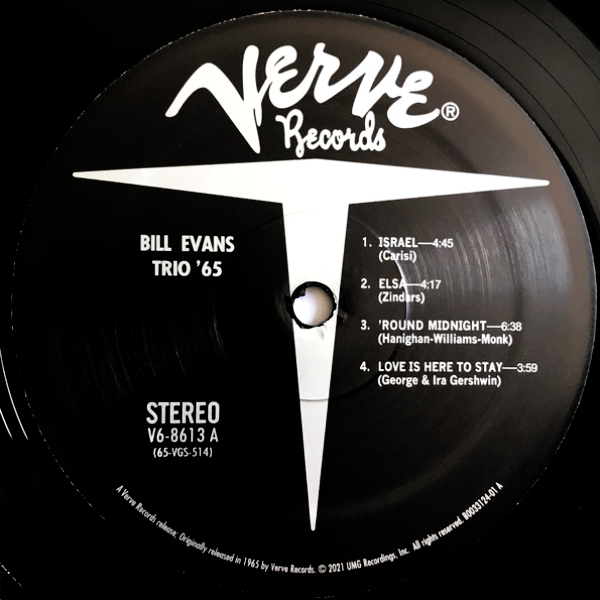 This recording is one of the best Rudy Van Gelder efforts I’ve heard, with the piano sounding quite rich and open in the center of the stereo mix. Bass and drums are smooth in the right and left channels on either side of Evans in the soundstage. The way the piano is captured here is meaningful to me, as I’m often disappointed with RVG’s approach to the instrument.

According to the official press release for this series, all albums in the Acoustic Sounds series are mastered in stereo from original analog tapes by Ryan Smith of Sterling Sound. The 180g vinyl pressing – made at Quality Record Pressing (QRP) – is quiet and perfectly centered. I can’t stress enough the importance of this last factor, because a lot of people seem to be confused about it. [Not me! –MM] This is especially important for an album of piano music where any wobble in the grooves can result in pure notes swinging in and out of chord. That’s a big no-no in my book. 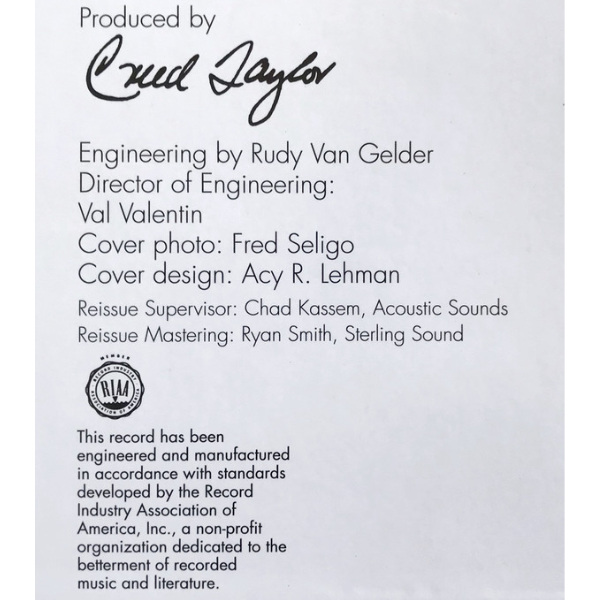 At one point, I heard pee, pee, tiny bits of distortion, a few extremely brief intermittent moments (on “If You Could See Me Now” and “‘Round Midnight”). The cause may be a number of things, such as the so-called “break-in period” that some albums seem to require.

After going back and cleaning my stylus really well (I use a Goldring 2400 cartridge fitted with a 2100 replacement stylus on a Music Hall MMF 7.1 turntable, thanks for asking!), as well as zapping the record with my trusty Zerostat gun anti-static was much less of an issue – so hopefully whatever I heard continues to fade over time. Thing is, there are plenty of big piano sounds to replicate here, and with such a spare trio arrangement, every little nuance is out in the open and bare in the spotlight. 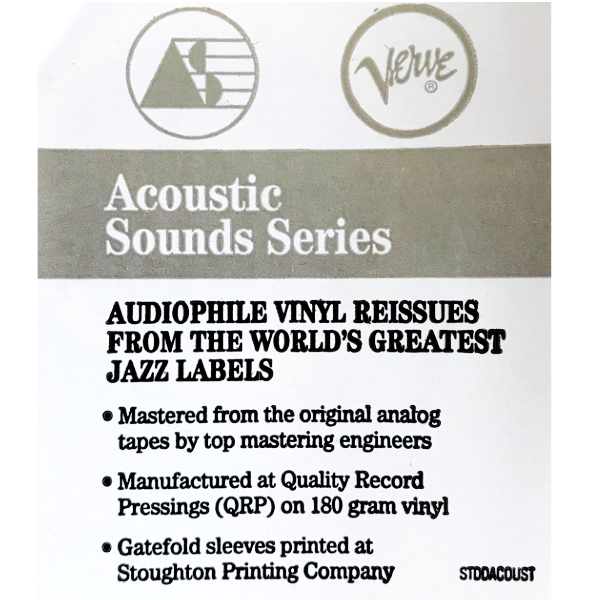 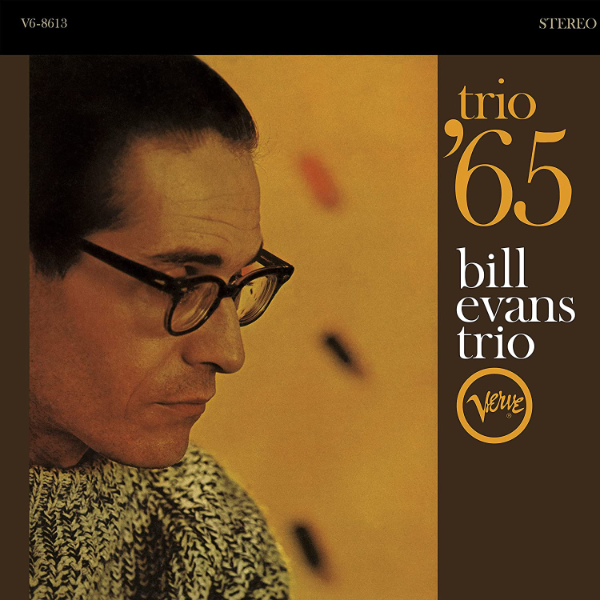