Originally released in 2009 via Relapse Records, No Tolerance For Imperfection was the album that ushered Man Must Die onto the international metal scene and introduced the band as a monumental force in the death metal scene, as many of the brutal anthems of the album immediately became and still remain band and fan favorites. 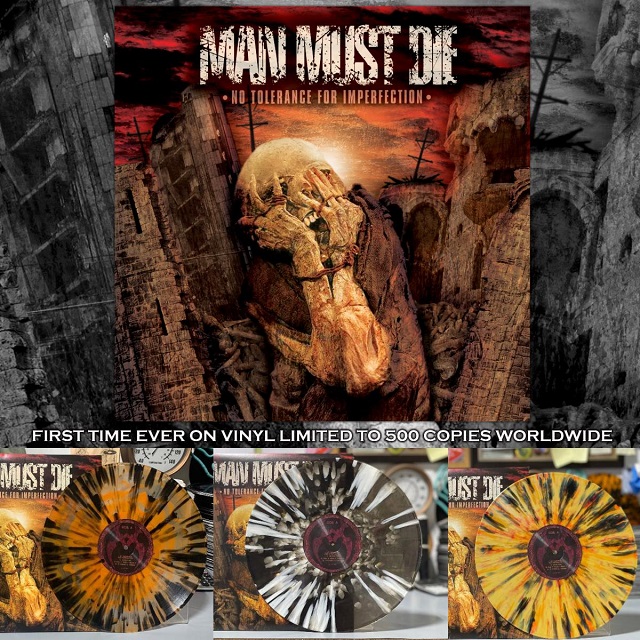 Breathing new life into the album in 2022, Innerstrength Records will now release No Tolerance For Imperfection on vinyl for the first time. The eleven songs here have been meticulously mastered for vinyl by Westwest Side Music’s Alan Douches and pressed as a run of 500 copies in a massive double LP format presented in multiple bold variations in the record’s flamboyant cover color scheme – 200 Clear Black with White Splashes, 200 Marble Effect with Black and Orange Splashes and 100 Color-In-Color Flame Orange in Clear with Black Splashes.

Discover variants and ordering options here and to band camp where all the new master on the disc is streaming.